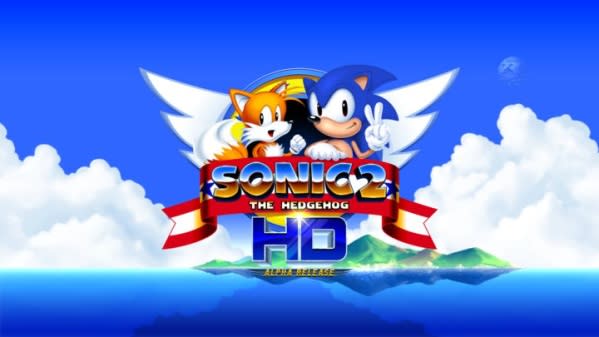 Okay, so Sonic the Hedgehog's move to 3D worlds and high-definition graphics hasn't proven to be a particularly great move. What's a hedgehog fan to do? Why, remake one of the Sonic games that was universally loved, of course. And so it was that Sonic 2 HD, a fan project that was teased in the yonder year of 2011, has come back from the dead and is once more looking toward eventual release.

A Facebook post clarified the long silence from team members: "The leading reason behind the project's cancellation was due to the programming element being removed with no possibility of return in its existing form," it reads. The post explains that although the original team has disbanded, a fan of the project submitted his own engine, allowing a new team to effectively resume development.

The group behind the project state that they'll be offering more details on how those interested can contribute in the following days. Now that the game is on track again, we wonder if they feel that they've gotta go fast.
[Image: Sonic 2 HD Team]
In this article: fan-project, mac, pc, sega, sonic, sonic-2, sonic-2-hd, sonic-the-hedgehog, sonic-the-hedgehog-2
All products recommended by Engadget are selected by our editorial team, independent of our parent company. Some of our stories include affiliate links. If you buy something through one of these links, we may earn an affiliate commission.