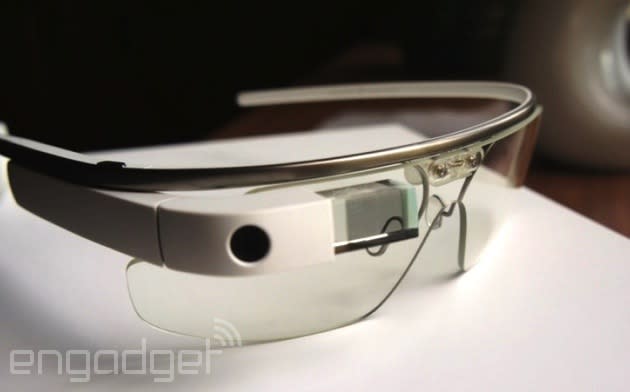 The UK's data regulator may have clarified that Google Glass shouldn't be singled out for special measures over personal use, but that isn't stopping domestic companies from enforcing their own rules. The Independent reports that just a week after the Google wearable finally went on sale in Britain for a hefty £1,000, UK cinemas are banning it over fears that "Explorers" could use them to pirate movies. "Customers will be requested not to wear these into cinema auditoriums, whether the film is playing or not," says Phil Clapp, chief executive of the Cinema Exhibitors' Association (CEA), which offers guidance to 90 percent of the UK's cinema providers. Movie chain Vue is enforcing a ban, asking users to remove their eyewear "as soon as the lights dim," while Odeon requests that "guests and employees do not wear Google Glasses [...] capable of recording images and video within the cinema auditorium."

The decision shouldn't come as too much of a surprise: across the Atlantic, wearers have been thrown out of viewings, and a theatre chain won't allow moviegoers to wear Glass during screenings. Meanwhile, Google believes cinema companies should "treat the device as they treat similar devices like mobile phones" by asking wearers to turn it off before the film starts (similar to what Vue is doing). Unlike smartphones, Glass is limited in its ability to capture a whole film, mainly because it can only sustain 45 minutes of continuous recording, features a tiny imaging sensor and has minimal storage. Because it's worn above the eyes and the screen lights up when it's in use, the search giant admits Glass is "a fairly lousy device for recording things secretly."

In this article: ban, cinema, glass, google, google glass, movie, theater, uk-feature
All products recommended by Engadget are selected by our editorial team, independent of our parent company. Some of our stories include affiliate links. If you buy something through one of these links, we may earn an affiliate commission.