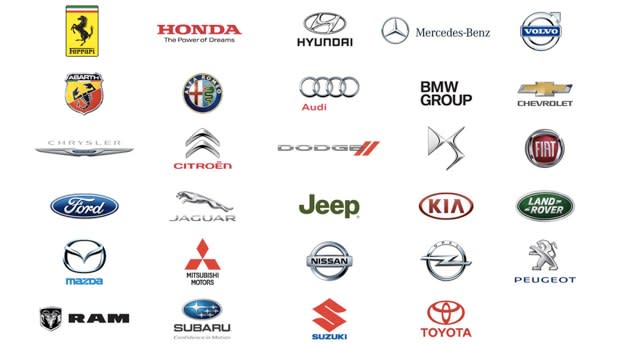 It's clear that Apple and Google are about to wage a war on your dashboard, but before the shots begin flying it's important for both sides to stockpile as many weapons as possible. Today, Apple expanded the arsenal of carmakers ready to integrate CarPlay software into their vehicles, adding the likes of Abarth, Alfa Romeo, Chrysler, Dodge, Fiat, Jeep, Mazda, and RAM.

This brings the total tally of CarPlay-supporting manufacturers up to 29, though there are still some notable names missing from the list. As Wired notes, there are several brands who have pledged allegiance to Android so far, with no mention on the Apple front, including Acura, Bentley, Infinity, and Volkswagen.

The lack of Apple love is particularly strange for both Acura and Volkswagen, as Acura is owned by Honda, which is supporting CarPlay, and Volkswagen owns Audi, which is another CarPlay participant. It's still possible that these brands will join the movement and as more and more manufacturers add their names to Apple's list, remaining left out is increasingly odd.

In this article: carplay, ios, navigation, news, software
All products recommended by Engadget are selected by our editorial team, independent of our parent company. Some of our stories include affiliate links. If you buy something through one of these links, we may earn an affiliate commission.