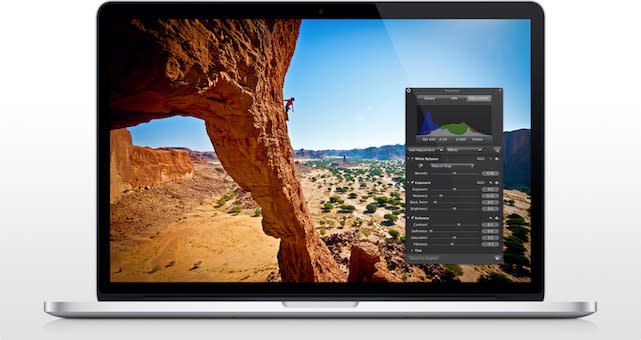 Apple ruffled more than a few feathers last week when it indirectly announced that its upcoming Photos will mark the end of further development of Aperture, the company's professional photo editing software.

While Apple's other pro-oriented software apps like Final Cut and Logic Pro will remain afloat, many professional photographers and enthusiasts alike were dismayed to hear Aperture will be going the way of the dodo.

Of course, the silver lining, if one is inclined to look for one, is that we haven't yet seen what type of features Apple's Photos app might house. To that end, Ars Technica was able to get in touch with an Apple representative who helped shed a bit of light on what pro features we can expect to see in an Aperture-less world.

When asked about what Aperture-like features users can expect from the new Photos app, an Apple representative mentioned plans for professional-grade features such as image search, editing, effects, and most notably, third-party extensibility.

Also keep in mind that Aperture users will be able to seamlessly (we hope!) migrate their existing photo libraries to the new Photos app. The end of the line for Aperture updates, Apple tells Ars, will be to ensure that the software will be compatible with OS X Yosemite. Following that, it's Apple's new Photos app or bust.

In this article: Aperture, photography, photos
All products recommended by Engadget are selected by our editorial team, independent of our parent company. Some of our stories include affiliate links. If you buy something through one of these links, we may earn an affiliate commission.