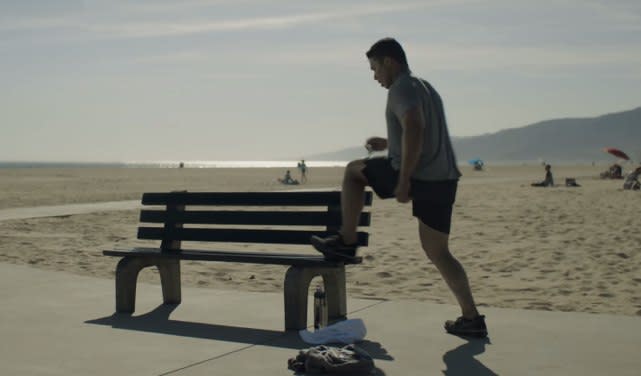 Apple is no stranger to putting catchy tunes in its TV ads, but the song that accompanied the iPhone's "Strength" ad that debuted last month was a bit strange. For starters, it's called Chicken Fat (or at least that's one of its names), and it sounds like something the government would dream up to get kids to exercise. Oh wait, that's exactly what it is.

The reason you can't find Chicken Fat -- also known as the "Youth Fitness Song" -- on iTunes (or Spotify, for that matter) is that it wasn't created as a contender for the Top 10 list, but was recorded at the behest of U.S. President John F. Kennedy for a new fitness initiative. The song was composed by Meredith Willson and performed by actor Robert Preston, both of whom were well known at the time for the broadway hit The Music Man. The Official U.S. Physical Fitness program became a huge push for the Kennedy administration, sending out thousands of kits to radio and TV stations across the nation with guidelines on how to promote fitness. This included a roughly two-minute version of the Youth Fitness Song you hear in Apple's fitness ad.

As you might imagine, radio stations didn't run the song itself very often, but kids across the country still had the songs hammered into their brains thanks to the full six-and-a-half-minute version that was distributed directly to schools. Gym teachers began playing the President's new motivational fitness song during workouts, and the tune became the soundtrack to many push-ups, sit-ups, and mile runs.

If you're absolutely in love with the tune, the best place to listen to the full version is on the site for the John F. Kennedy Presidential Library.