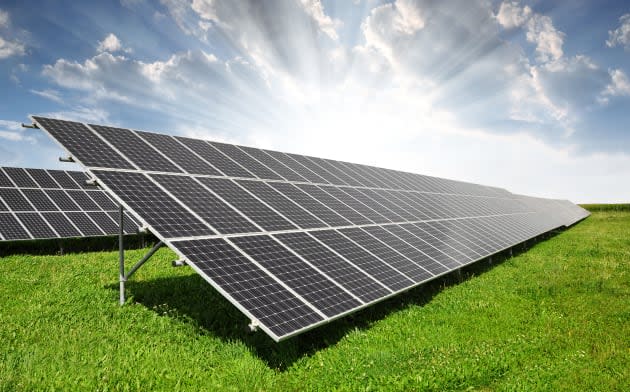 Many scientists now think that slowing down global warming isn't enough anymore and that we now need to clear some of the CO2 already in the air. Existing solutions like carbon sequestration aren't ideal, and strategies like vacuuming the sky are still a UN pipe dream. However, scientists at Princeton have come up with an artificial photosynthesis system that could one day turn CO2 into useful things. The idea was to create an electrolysis cell that transforms water and waste CO2 into formic acid, used in airplane de-icing salts and experimental fuel cells. To do that, they used commercial solar panels for energy, carefully matched the current to the cell and stacked the cells -- resulting in a system with two percent efficiency. That may not sound like much, but it easily trumps the previous artificial photosynthesis champ, Panasonic, and is twice as efficient as actual plants. A practical application is still a ways off, though, so in the meantime maybe just go plant a tree.