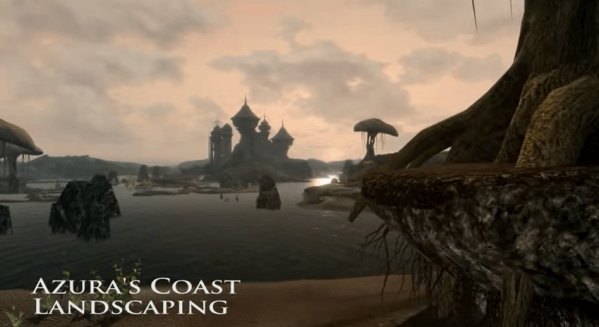 It's been awhile since we heard from The TES Renewal Project regarding their mission to recreate The Elder Scrolls 3: Morrowind using the engine of The Elder Scrolls 5: Skyrim, but a new trailer reveals that the island nation of Morrowind isn't just continuing its extensive makeover, it's almost ready for visitors.

"Skywind," as the mod is known, is nearing public alpha release. But just how near is it, and what will it contain? Don't ask: "Do NOT inquire about it in the comments or the website yet, it will be revealed in time exactly what a public developer release is," reads the above dev video's YouTube description.

The mod has been in development for some time. As a fan project, it requires plenty of volunteers to create textures, models and do voice work. Which hey, would you look at that: there's a sign-up page for anyone with the talent and interest to do just that. Convenient!
[Image: The TES Renewal Project]
In this article: Bethesda-Softworks, mod, morrowind, pc, skyrim, skywind, tes-renewal-project, the-elder-scrolls
All products recommended by Engadget are selected by our editorial team, independent of our parent company. Some of our stories include affiliate links. If you buy something through one of these links, we may earn an affiliate commission.