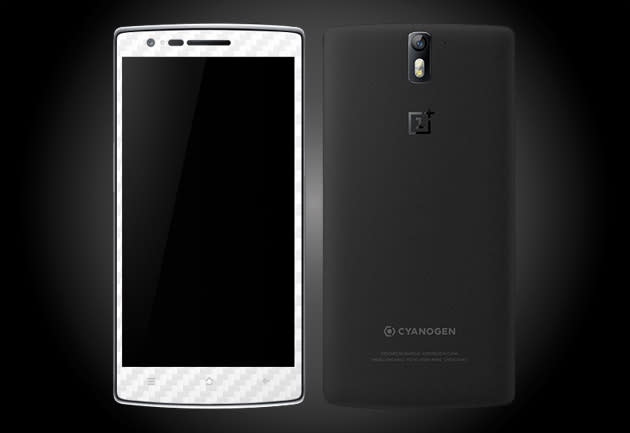 We had a chance to test the OnePlus One a couple of months ago and it was one sweet piece of tech. The only downside, really, has been the incredibly limited supply. That's what makes this week's giveaway a bit of a standout. The folks at dbrand happened to have one on hand and they've passed it along so that one lucky Engadget reader can break away from the everyday smartphone crowd. The company has also included 16 of its custom OnePlus One skins to make it even more unique. You can even use the company's interactive preview tools to help personalize a variety of smartphones, tablets and game consoles with dbrand's selection of custom skins. As for the phone, the One boasts a 13-megapixel camera, 64GB of storage and runs CyanogenMod, letting users customize the OS almost as much as the exterior. This is an unlocked global version (supporting LTE, GSM and WCMDA) so users on T-Mobile, AT&T and various other carriers should be good to go. Just head on down to the Rafflecopter widget below for up to three chances at winning this OnePlus One and dbrand skins.

In this article: contest, dbrand, engadget giveaway, hdpostcross, mobilepostcross, oneplus, oneplus one, skins
All products recommended by Engadget are selected by our editorial team, independent of our parent company. Some of our stories include affiliate links. If you buy something through one of these links, we may earn an affiliate commission.