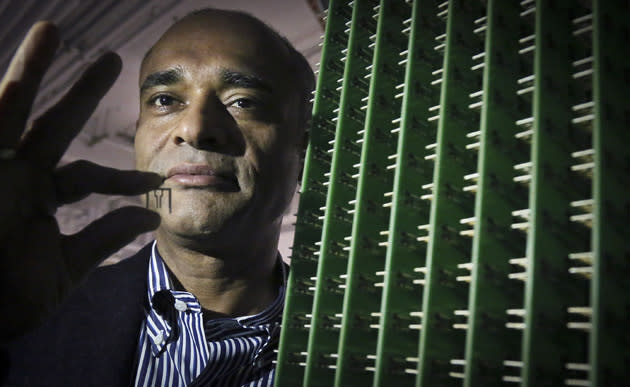 Despite Aereo's best efforts, the Supreme Court decided that its service was too much like cable TV and therefore its unlicensed streaming of TV broadcasts were illegal. Now, after putting its service on pause, Aereo has filed a letter with the US District Court saying that since the Court said it's like a cable system, it is entitled to the same statutory license that cable companies pay broadcasters. CEO Chet Kanojia sent a message to users and supporters explaining "The Path Forward" with a link to the letter, but hasn't laid out a timeline for the service's return. That's one of the reason's broadcasters are still fighting the new move, saying (in the same letter) that it's "astonishing for Aereo to contend the Supreme Court's decision automatically transformed Aereo into a 'cable system' under Section 111 given its prior statements to this Court and the Supreme Court."

In this article: aereo, broadcasters, cable, ChetKanojia, copright, court, hdpostcross, supremecourt
All products recommended by Engadget are selected by our editorial team, independent of our parent company. Some of our stories include affiliate links. If you buy something through one of these links, we may earn an affiliate commission.