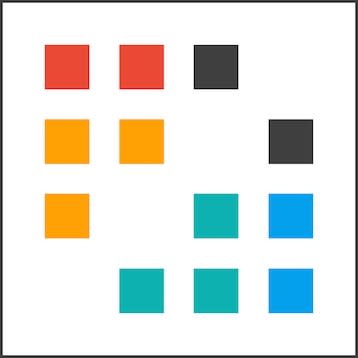 TTQ for iPhone (US$0.99) is a simple, but challenging game of logic made by app developers, Cursed Thumbs. The idea is to eliminate tiles from your iPhone's screen, which comprise numbers, letters, months, and clocks, in ascending order. And all of this needs to be done against countdown timers. If you don't eliminate all the tiles in the correct order before the countdown timer hits zero, you're dead.

As you progress, TTQ very quickly becomes more challenging with more tiles to eliminate, evermore complex arrangements that need to be tapped out in ascending order, and shorter countdown timers. Finally, let me not forget to mention the sneaky "traps" which appear later in the game!

TTQ has a never-ending Endurance mode with ever-increasing difficulty, and a snappy Rush mode, which challenges you to clear as many tiles as possible within just two minutes. The game supports Game Center's leaderboards, achievements and challenges, so you can show your friends just how competent you are at putting random sequences in order. Check out the video below to give you an idea of what TTQ is like.

In this article: elimination, Game, iPhone, logic, quick-fix, TTQ
All products recommended by Engadget are selected by our editorial team, independent of our parent company. Some of our stories include affiliate links. If you buy something through one of these links, we may earn an affiliate commission.