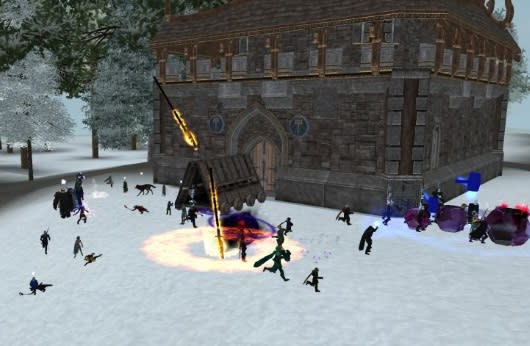 Looking for a particular person or group in Dark Age of Camelot? Fortunately for you, Broadsword has made it that much easier to track those people down for a hopefully not-at-all-creepy reunion.

The devs announced that they have brought back character and guild searches to DAoC. Currently, these searches are limited to the Ywain server but will expand to other servers in the future. The team also said that it's going to be adding more in-game lists for realm point earners and champions of the realm in the near future.

Character and guild search used to be in DAoC until Mythic took it down several years ago.
In this article: bioware, broadsword, broadsword-online-games, camelot, character-search, character-searches, classic-mmo, daoc, dark-age-of-camelot, ea, electronic-arts, fantasy, guild-search, guild-searches, mythic, mythic-entertainment, mythology, pvp, rvr
All products recommended by Engadget are selected by our editorial team, independent of our parent company. Some of our stories include affiliate links. If you buy something through one of these links, we may earn an affiliate commission.