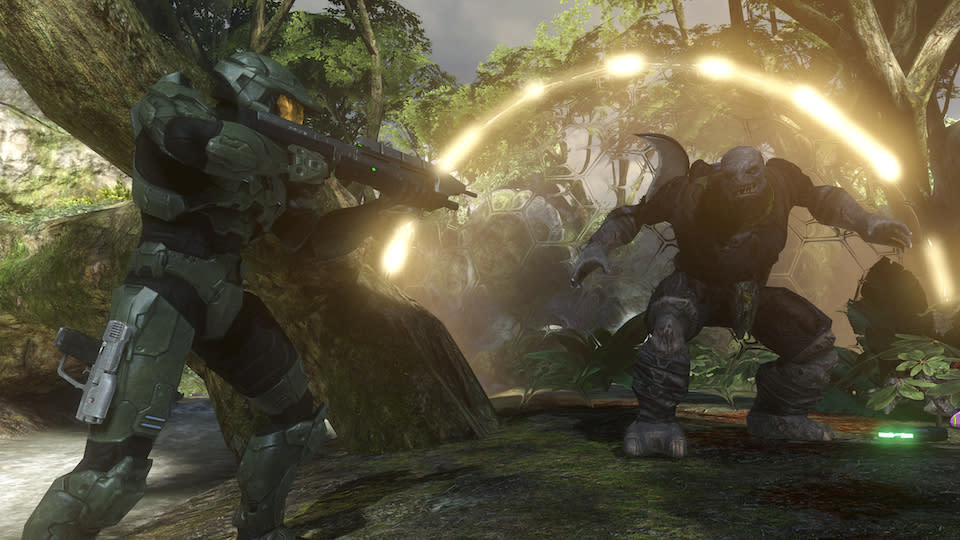 Okay, so you're probably wondering why we're talking about Halo 3 almost seven years after it originally released. That's natural, it's essentially a lifetime in the world of tech and video games. Well, here's the deal: Halo 3's developers at Bungie were super-keen on tucking all manner of secrets away within the game and apparently the final one has only just been found. As Beyond Entertainment tells it, a few members of the Halo YouTube community have been following the breadcrumb trail of clues that Bungie's been leaving for the past few years, and this Easter egg is a bit more personal than monkey people hidden in the game's opening jungle level. In fact, it's a birthday message for former senior-engineer Adrien Perez's wife.

The catch is that this only appears on December 25th (or on a console with the system clock set to Christmas Day), and only after clicking in both analog sticks on the Xbox 360's controller during a level-loading screen. Let's be realistic, though, you probably traded the game in for pre-order credit at GameStop a long time ago -- maybe even for that Halo 4-themed Xbox 360. In that case, we've embedded video of the action just below.

In this article: Bungie, EasterEggs, gaming, Halo3, hd, hdpostcross, xbox, Xbox360
All products recommended by Engadget are selected by our editorial team, independent of our parent company. Some of our stories include affiliate links. If you buy something through one of these links, we may earn an affiliate commission.