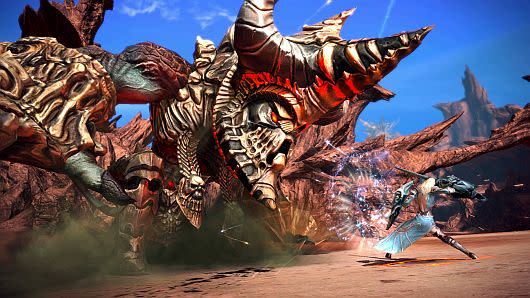 Bluehole Studio and En Masse Entertainment have announced today that their fantasy MMO TERA will be receiving a level cap increase and expand into a new continent later this year.

The level cap will increase to 65, adding new skills and glyphs in the process. Along with this will come the Northern Arun continent and the world's fourth largest city, new instance dungeons, quest guide, enchanting system improvements, and more. Mention of a special competition for seasonal guild housing is also in the notes, and players are speculating in the forum thread about what this might mean.

While Korea will get this new content in late July, En Masse says that the goal is to make it available for North American players by the end of the year.

[Thanks to Leiloni for the tip!]
In this article: arun, BAM, bluehole-studio, bluehole-studios, en-masse-entertainment, fantasy, level-cap, level-cap-increase, tera
All products recommended by Engadget are selected by our editorial team, independent of our parent company. Some of our stories include affiliate links. If you buy something through one of these links, we may earn an affiliate commission.