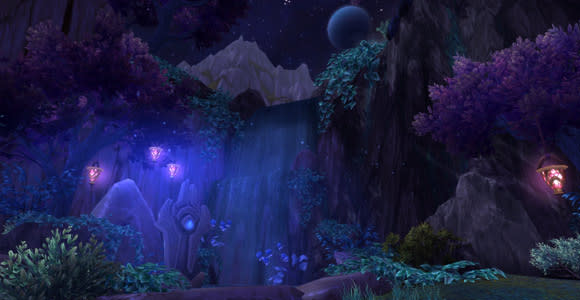 With every beta comes spoilers -- it's pretty much a given that if there is no NDA in place for beta testers, those testers will talk in depth about what they've seen and experienced. They'll stream as they play the game, or post galleries with screenshots of gorgeous locales and potentially spoiler-laden NPCs. As someone that writes for a site dedicated to covering this type of information, I can't really avoid learning spoilers -- and honestly, it's kind of fun to learn them in advance and let my brain mull over what they could potentially mean.

But it's one thing to post a pretty picture or two, and another altogether to post the step by step plot points of a particular quest chain, or the ultimate fate of an important NPC. Sure, if you see a screenshot of a familiar face, it could be considered spoiler information -- but if there's no context surrounding the screenshot, is it really that much of a spoiler? All you can from that image is the knowledge that that character is there. You don't actually learn anything about why they are there, what they are up to, and what ultimately ends up happening to them down the road.

So I'm curious -- how much of a spoiler is too much for you guys? Do you avoid any and all spoiler information like the plague? Are even screenshots of NPCs potentially too far into spoiler territory for you? Is it the information that you're avoiding, like important plot points and story threads, or is it any information from the beta at all, regardless of whether or not it's delivered with any context behind it?