Airbus' latest jet will bring 3D movies to the skies 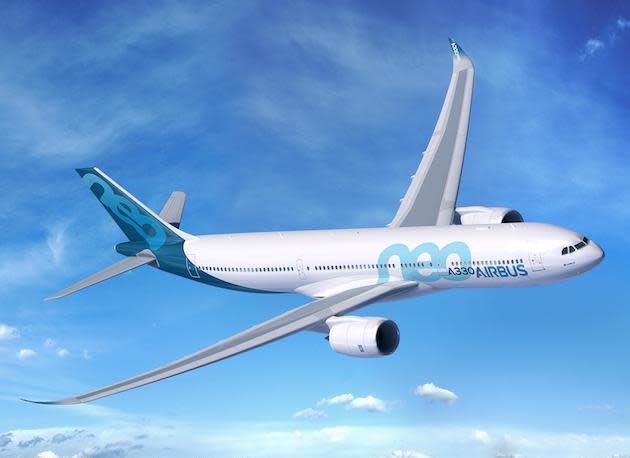 While Airbus is busy testing its answer to Boeing's Dreamliner ahead of its first passenger flights later this year, the aviation giant has also found time to give its A330 wide-body jet a makeover. Promising more seats and improved aerodynamics, which will reduce fuel consumption by 14 percent per seat, the plane-maker is also promising to drag the A330neo's in-flight entertainment into the 21st century. As well as WiFi, mobile connectivity and HD video, Airbus' new plane will also offer passengers the chance to watch films in 3D. Chances are you'll need glasses to enjoy the latest 3D movies when the A330neo takes to the skies in late 2017 -- hopefully Airbus will also account for those of us who are always placed behind someone who just loves to recline.

In this article: a330, a330neo, airbus, airline, dreamliner, jet
All products recommended by Engadget are selected by our editorial team, independent of our parent company. Some of our stories include affiliate links. If you buy something through one of these links, we may earn an affiliate commission.