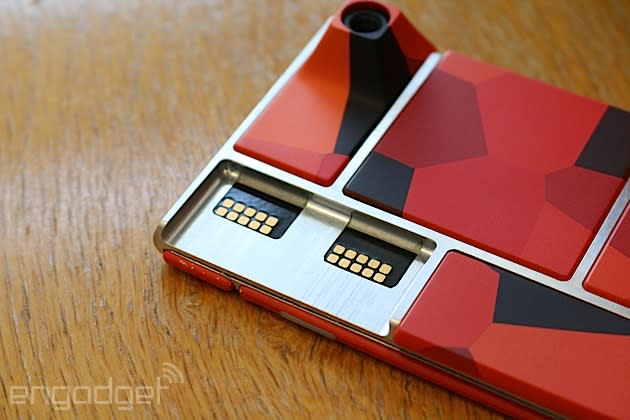 If you're a developer eager to start tinkering with Google's Project Ara modular phone technology as quickly as possible, it's time to get in line. The company has started taking requests for test boards; if you fill out the form before July 18th and meet Google's expectations, you could have (very) early hardware in your hands before the end of the month. Latecomers can get in on a second wave if they sign up no later than August 18th. Just don't assume that you can pick up a kit purely out of curiosity. Google is prioritizing the board requests based on your know-how and the "strength" of your proposed module concept -- it wants signs that there's a real device in the works. You'll have to sit tight if you're simply a fan of the build-your-own-phone concept, then, but it's apparent that Project Ara is quickly becoming a tangible reality.

In this article: atap, developer, google, mobilepostcross, modular, modularphone, modularsmartphone, projectara, smartphone
All products recommended by Engadget are selected by our editorial team, independent of our parent company. Some of our stories include affiliate links. If you buy something through one of these links, we may earn an affiliate commission.