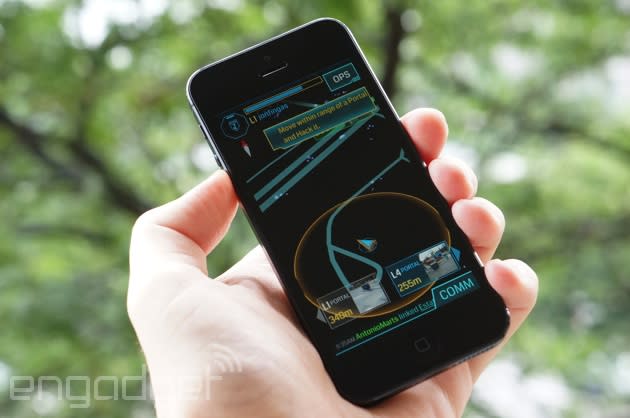 Google's Niantic Labs grew the potential audience for Ingress in a big way late last year, when it put out the finished Android version of its augmented reality game. Today, the studio is taking the next (if fairly obvious) step toward grabbing more players: it's releasing the long-promised iOS edition. Both iPad and iPhone owners can now capture territory ("portals" in Ingress-speak) and build up their virtual skills by visiting real locations. The experience will be very familiar if you've played before; missions give you an incentive to keep coming back, while faction chats let you coordinate turf battles and meet fellow players. There aren't any major tweaks or upgrades that we've seen. The game ultimately remains an excuse to explore new places, but that's not a bad thing if you're tired of visiting the same old haunts -- hit the App Store if you're willing to give it a spin.

15
In this article: app, augmentedreality, gaming, google, ingress, ios, ipad, iphone, mobilepostcross, nianticlabs, video
All products recommended by Engadget are selected by our editorial team, independent of our parent company. Some of our stories include affiliate links. If you buy something through one of these links, we may earn an affiliate commission.