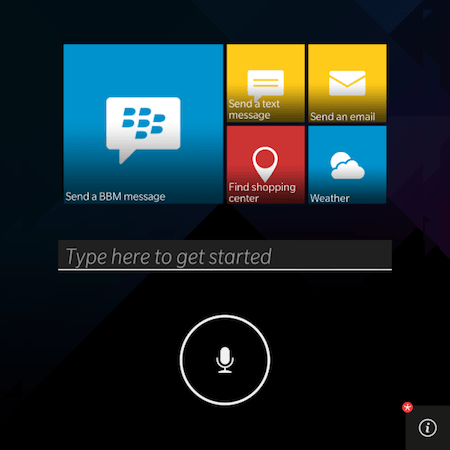 Apple has Siri, Microsoft has Cortana, Google's got Now voice search and BlackBerry... doesn't have a virtual assistant of any kind. This morning, however, the Canadian smartphone maker confirmed that it has one in the works and will be showing up on the company's next major release. Known aptly as BlackBerry Assistant, the new program is a part of OS 10.3 and will be available on the upcoming Passport phone. Assistant is voice-activated and comes with quite a few of the standard features we've come to expect on the other mobile platforms, such as the ability to open apps, send messages and tweets, set reminders and change settings. It also is smart enough to learn and adapt to your needs, so it theoretically should become more useful over time as it gets to know you. BlackBerry isn't revealing all that Assistant can do yet, and it hasn't offered a firm timeframe for availability aside from the fact that it'll be part of the Passport, but so far we haven't seen much to set it apart from the competition. It's at least a good sign that the company is trying remain competitive, however.

In this article: assistant, bb10, bb10.3, blackberry, blackberry10, blackberryassistant, blackberrypassport, cortana, mobilepostcross, passport, siri, virtualassistant
All products recommended by Engadget are selected by our editorial team, independent of our parent company. Some of our stories include affiliate links. If you buy something through one of these links, we may earn an affiliate commission.