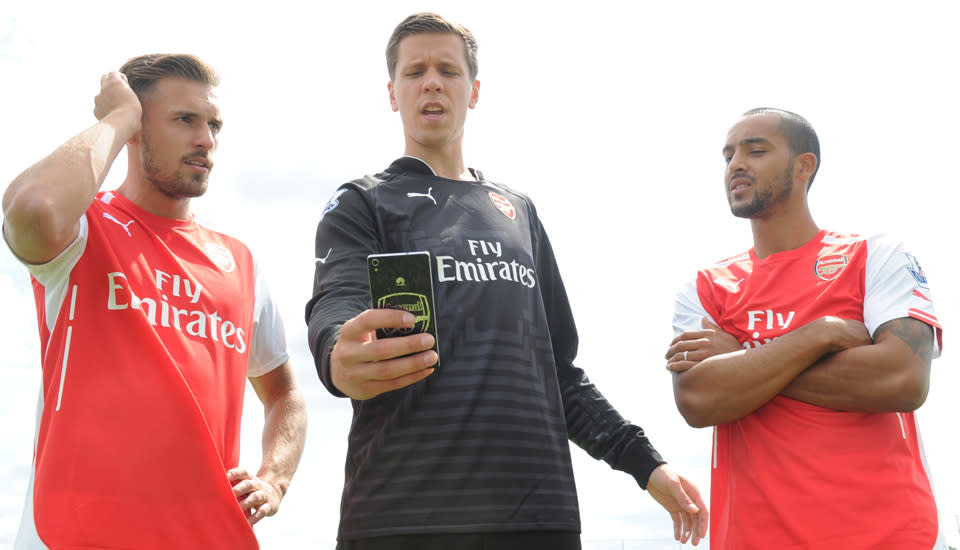 It's an exciting time to be an Arsenal fan, now that Alexis Sanchez has been bought with cash from new sponsors Puma and Huawei. The latter firm also wants you to show your support for all things Arséne by buying its latest handset, the Ascend P7. Unlike the vanilla edition, which we reviewed last week, the Arsenal Smartphone comes with the club crest on the back and a club-centric version of the company's Android skin. Appearances aside, the only other change is that the free BBC news and sport apps will come pre-loaded alongside FIFA 14 and Yakatak Soccer. There's no word on how much the device will cost, but we'd imagine a little higher than the £315 you'd pay for the original -- after all, that extra cash is going to ensure Sanchez stays happy. In this article: Arsenal FC, Arsene Wenger, Ascend P7, Huawei, Huawei Ascend P7, mobilepostcross
All products recommended by Engadget are selected by our editorial team, independent of our parent company. Some of our stories include affiliate links. If you buy something through one of these links, we may earn an affiliate commission.