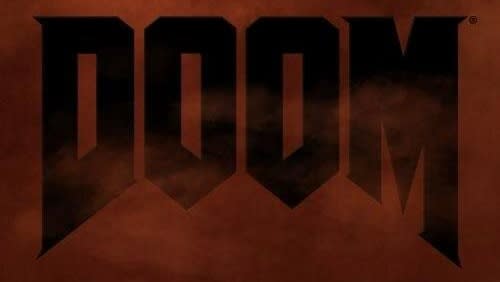 Id Software's upcoming Doom reboot was revealed last week at QuakeCon 2014, though the event's livestream cut out during the presentation. As Bethesda's VP of PR and Marketing Pete Hines told PC Gamer, Doom isn't exactly ready to show off, so the developers at id Software were reluctant to offer images of the game up freely for the rest of the world to pick at.

"We're working with them to say, 'How does this work? What do we want to show?'" Hines said. "And they're like, 'Look, we don't want a stream to go up for a game that isn't at the point where we would formally show it to the world, and now that thing is getting picked apart, and digested, and gone through frame-by-frame and getting nitpicked to death, when normally we wouldn't be showing this to anybody at all.'"

Hines said the reason for Doom's unveiling was to boost the confidence of fans in id Software, to show that the developer is "doing really cool stuff, that is making a game you want to play, and is treating Doom with the care and respect that you want." Hines noted that Bethesda originally planned to show Doom off next year, indicating that the game won't be seen again for several months. "And now we're going to go away and go back to making the game," he added. "But to be able to counter other people talking about us and we're sort of just sitting here staying silent, or operating from this negative space of like, 'Oh, it got rebooted, oh it's in trouble.' All of that stuff just bothered the hell out of me."

[Image: Bethesda]
In this article: bethesda, Bethesda-Softworks, Doom, id-Software, microsoft, pc, playstation, ps4, quakecon, quakecon-2014, reboot, xbox-one
All products recommended by Engadget are selected by our editorial team, independent of our parent company. Some of our stories include affiliate links. If you buy something through one of these links, we may earn an affiliate commission.