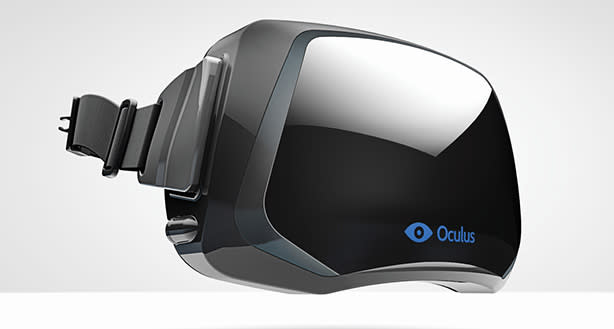 Facebook's $2 billion acquisition of Oculus VR closed today, officially cementing the deal that was announced in March. Oculus and Facebook are as inseparable as a vampire squid wrapped around the face of humanity. Or a tech company and another tech company targeting a slightly different market.

To celebrate their unity, Facebook and Oculus released a single, joint statement regarding today's finalization: "We're looking forward to an exciting future together, building the next computing platform and reimagining the way people communicate."

We discussed the Facebook deal with Oculus VR CEO Brendan Iribe at E3: He said that Oculus always planned to reach a mass market, and Facebook, with its 1.2 billion users, helps the company reach that goal.
[Image: Oculus VR]
In this article: acquisition, facebook, oculus, oculus-rift, oculus-vr
All products recommended by Engadget are selected by our editorial team, independent of our parent company. Some of our stories include affiliate links. If you buy something through one of these links, we may earn an affiliate commission.