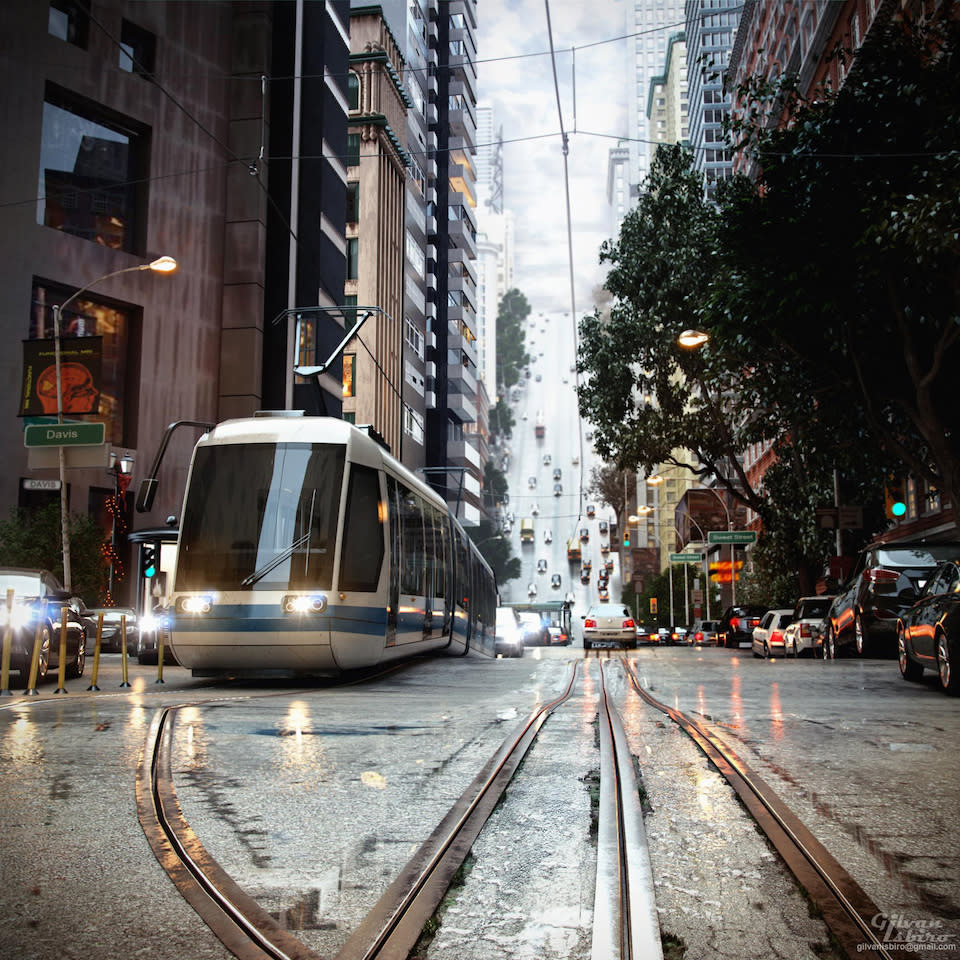 Take a second look at the above image -- it isn't actually a photo. Nope, the entire scene (dubbed Davis Street) was painstakingly created with the graphics rendering suite 3DS Max. To achieve the impressive end result, artist Gilvan Isbiro says that he had to separate the street into two rendering "plans" considering how big the street's surface is. As he tells it, the splitting didn't stop there. Isbiro notes that due to the sheer amount of textures and materials present in the scene, not to mention lighting and post-processing effects like depth of field, that he had to divide the rendering tasks in two: foreground and background. It is, however, a bit embellished compared to the actual intersection of Davis and California in San Francisco. For starters, The City By the Bay does not have trains like the one up above and there's no such Sweet Street. Spot any other liberties that Isbiro took? Let us know in the comments.

In this article: 3dRendering, 3dsMax, art, davisstreet, DigitalArt, gilvanisbiro, SanFrancisco, TheBigPicture
All products recommended by Engadget are selected by our editorial team, independent of our parent company. Some of our stories include affiliate links. If you buy something through one of these links, we may earn an affiliate commission.