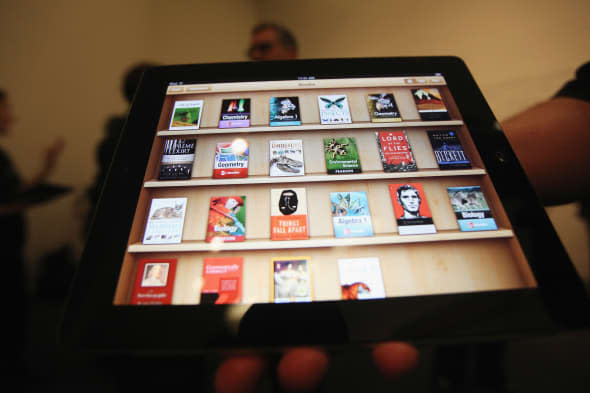 Apple agreed two weeks ago to a conditional $450 million settlement with plaintiffs over allegations that it colluded with book publishers to artificially raise the price of e-books. Under terms of the settlement, Apple will only have to pay the full amount if its appeal of U.S. District Judge Denise Cote's original ruling proves unsuccessful.

The $450 million figure is of course much lower than the $840 million originally sought by plaintiffs, but hey, it's why it's called a settlement.

But, surprise surprise, there's one person who seems to have a problem with the settlement agreement -- Judge Denise Cote.

Last week, Cote explained during a teleconference that she found the settlement agreement troubling. Why? Because if her original decision is partially reversed or if a new trial is warranted, Apple will only have to fork over $70 million. If the decision is reversed outright, Apple won't be on the hook for anything at all.

Cote also added that she's not too thrilled that Apple's potential $450 million settlement payout isn't subject to interest during the appeals process.

Speaking on a teleconference, Cote questioned if that would be fair and what might happen if the appeals court reversed her ruling on a minor issue. She also took issue with the lack of any requirement for Apple to pay interest while the appeals go forward.

"I'm concerned about the terms of the settlement," she said.

What really seems to be the issue here, I think, is that Cote seemingly has a personal vendetta against Apple. Cote's stance on Apple's alleged culpability is clear and her behavior during the e-book trial, I think, reflected an overwhelming amount of anti-Apple bias. So more than being worried about her ruling being overturned on a technicality, she seems troubled by the fact that Apple won't be punished to the extent she was hoping.

If attorneys for 33 U.S. states deemed the settlement agreement to be fair, it shouldn't really matter if Cote herself is troubled by it. If Cote's decision is outright overturned, why then should Apple still be on the hook for damages?

It's really a bizarre thing for Cote to be "troubled" by and hardly the response one would expect from a truly impartial adjudicator.

In this article: apple legal, e-book, judge denise cote, legal
All products recommended by Engadget are selected by our editorial team, independent of our parent company. Some of our stories include affiliate links. If you buy something through one of these links, we may earn an affiliate commission.