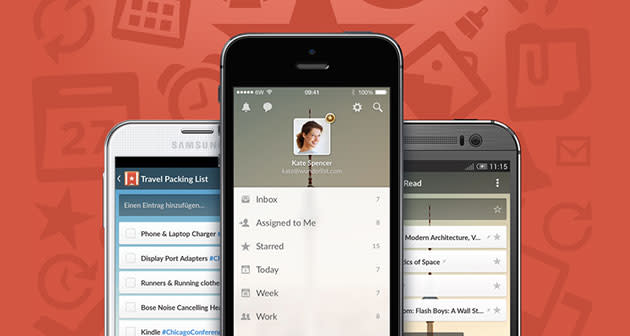 The folks at 6Wunderkinder have been quite busy as of late, releasing version 3 of the Wunderlist productivity app on top of Pro and Business options for power users. Keeping up the pace, this third installment of the to-do list manager rolls out with over 60 improvements in tow. Notable additions include a visual overhaul to clean up the UI, real-time sync (insures tasks will show up on all of your devices immediately) and public lists for widespread sharing. The latest version is now available for iOS, Android, Mac and on the web with an update for Windows pending for the recently-announced universal app option.

In this article: app, productivity, software, to-do, todo, wunderlist
All products recommended by Engadget are selected by our editorial team, independent of our parent company. Some of our stories include affiliate links. If you buy something through one of these links, we may earn an affiliate commission.