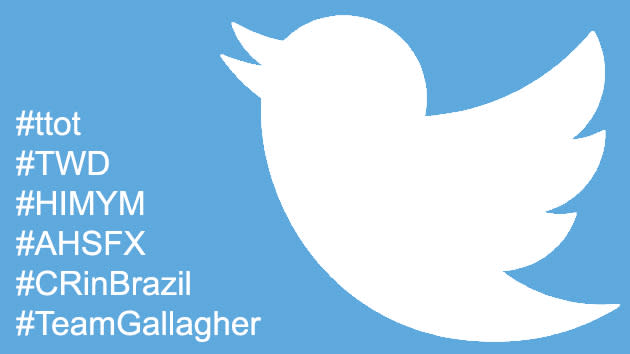 My feed is currently littered with hashtags I've never seen before. Iberia (the Spanish airline) tweeted with #ttot (Travel Talk on Twitter), Al Gore used #CRinBrazil (Climate Reality in Brazil) and Verizon posted something with #MobileBKsweeps (no clue). Things can get even more confusing during evening hours on the East Coast, when tags like #TWD (The Walking Dead), #AHSFX (American Horror Story) and #HIMYM (How I Met Your Mother) might appear. A quick trip to Google typically clears things up, but most of the time it's simply not worth the hassle. According to #WSJ, Twitter's now testing a tool that would help bring some clarity to those cryptic tags, in an attempt to make the service more user-friendly. The Wall Street Journal noticed expanded hashtags in Twitter's iOS app, and while reps declined to comment, it appears that the new feature is beginning to roll out. #itsabouttime.

In this article: feature, hashtag, hashtags, tag, tagging, tags, test, testing, twitter
All products recommended by Engadget are selected by our editorial team, independent of our parent company. Some of our stories include affiliate links. If you buy something through one of these links, we may earn an affiliate commission.