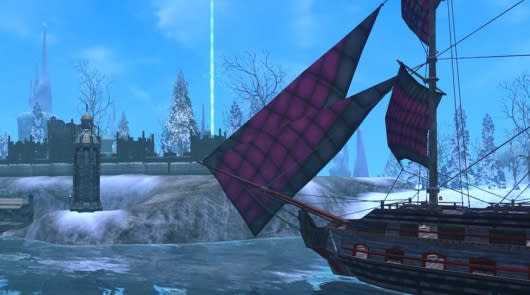 Yesterday, Aventurine added what it called a "minor" new feature to PvP sandbox Darkfall: a payment system remarkably similar to those found in EVE Online, WildStar, ArcheAge, and most recently Anarchy Online. Says the official site,

Several minor changes were included in the same update, also the addition of a shop item named D.U.E.L which, when purchased with selentine gold, will add 30 days of subscription time to your account if activated. The purpose of D.U.E.L is to give Darkfall players in-game options to renew their subscriptions.

Redditor mmochallenge notes that the in-game D.U.E.L. items are currently selling for around 150,000 gold.
In this article: agon, aventurine, currency, darkfall, darkfall-unholy-wars, df, duel, eve-online, fantasy, open-pvp, plex, pvp, sandbox, unholy-wars
All products recommended by Engadget are selected by our editorial team, independent of our parent company. Some of our stories include affiliate links. If you buy something through one of these links, we may earn an affiliate commission.