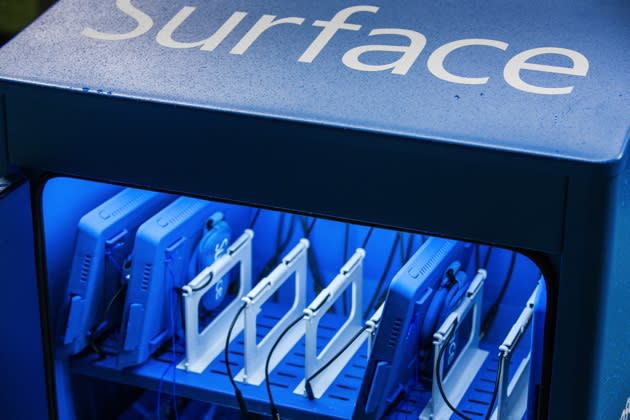 Last night's Hall of Fame game was the first NFL preseason matchup of the summer. It was also the first time that Microsoft's new plan to replace binders of printed photos with a fleet of Surface Pros on the sidelines was put into effect. As you might expect, implementing the tech hit a few snags. The so-called Sideline Viewing System provides images for examining pre- and post-snap formations by the opposing team between series, but the option wasn't in the lineup at kickoff for Buffalo Bills head coach Doug Marrone. "I was told mine was going to work, and mine didn't work," Marrone said in a post-game interview. After remedying the issue, the coach was able to leverage the system during the second half, adding "I like it a lot." Just like teams are ironing out on-field issues in the scrimmages leading up to week one, the new Surface system will need that time to smooth out kinks of its own.

In this article: buffalobills, microsoft, nfl, surface, surfacepro2
All products recommended by Engadget are selected by our editorial team, independent of our parent company. Some of our stories include affiliate links. If you buy something through one of these links, we may earn an affiliate commission.