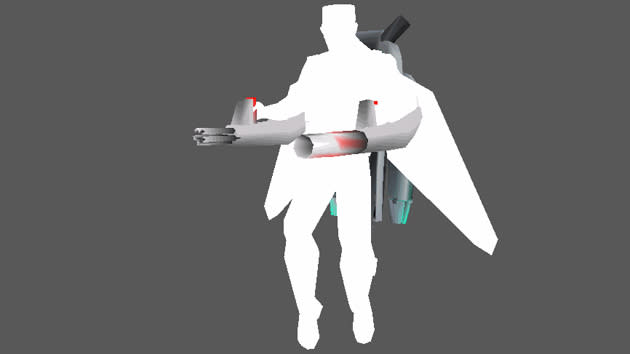 When a video game studio cancels a project, the code tends to stay with the developers or else disappear into the void. Either way, you're unlikely to ever see it. However, the Library of Congress' David Gibson has unearthed a rare gem. While sifting through a stack of games destined for the archives, he found code and media assets for an unreleased PlayStation Portable version of Duke Nukem: Critical Mass. While Sony's many proprietary file formats made it tricky to poke around, homebrew tools were enough to uncover 3D models, music and textures, including those for Duke himself (shown here). And in case you're wondering, this is a first-of-a-kind discovery; to Gibson's knowledge, every other game in the Library has shipped.

Both the original disc and its code will be preserved separately, so this take on Critical Mass will be readily available to researchers and curious Duke Nukem fans. With that said, Gibson believes that the find underscores the problems of preserving video games. You shouldn't have to resort to community-made utilities just to see everything that went into a given work, the technician contends. He hopes that the revelation will lead to a set of more accessible preferred formats for future game submissions, and that more companies will hand over their source material (even if it's unfinished) in addition to any polished products. To Gibson, it's like getting the film negatives for a movie that never hit theaters -- sometimes, the creative process can be as interesting as the content.

In this article: archive, criticalmass, dukenukem, dukenukemcriticalmass, gaming, LibraryOfCongress, playstation, playstationportable, psp, videogames
All products recommended by Engadget are selected by our editorial team, independent of our parent company. Some of our stories include affiliate links. If you buy something through one of these links, we may earn an affiliate commission.