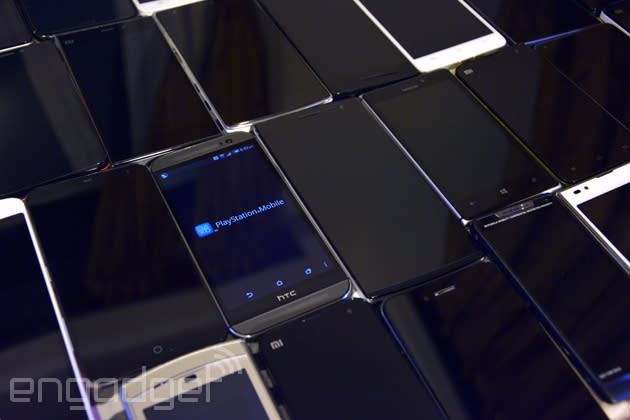 Remember PlayStation Mobile? Don't worry, you're not alone. Sony's obviously had little success in pushing its gaming brand into the Android world since 2011, so it's no surprise that the Japanese giant is killing PlayStation Mobile support after Android 4.4.2. Store access and re-downloads on 4.4.3 and 4.4.4 will depend on each manufacturer, but these services will definitely be taken away from Android L and beyond, and there's no guarantee that the games will run smoothly on the previously certified devices from HTC, Sharp, Fujitsu, Alcatel, Wikipad and Sony itself. While this may take a bite out of the already small market for the PlayStation Mobile developers, Sony said it will shift focus to helping these folks produce content for the PS Vita and Vita TV instead. But no matter how you look at it, PlayStation Mobile is now officially a flop, leaving the PlayStation second-screen app all by itself.

In this article: android, gaming, mobilepostcross, playstation, playstationmobile, sony
All products recommended by Engadget are selected by our editorial team, independent of our parent company. Some of our stories include affiliate links. If you buy something through one of these links, we may earn an affiliate commission.