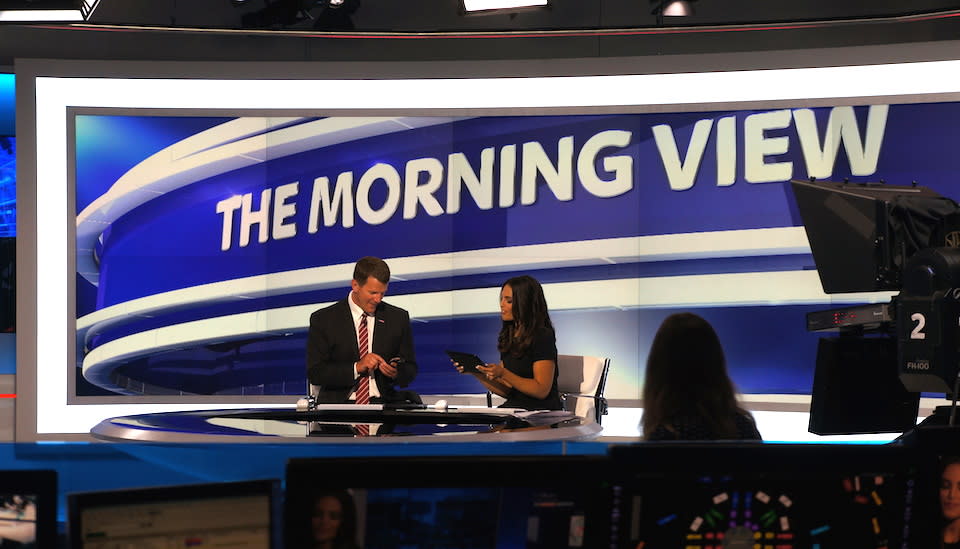 Sky won't care to admit it, but for the first time in a number of years, the broadcaster is facing a major challenge to its sports broadcasting crown. Still a relatively new player, BT has claimed a large chunk of Premiership football coverage last season and sunk nearly £900 million to prize away exclusive Champions League rights from its rival in 2015. It's also slowly built up its roster of rugby, tennis, motorsport and UFC coverage, giving subscribers more than a few reasons look beyond Sky for access to major sporting events.

While Sky has been forced to acquiesce, mostly due to anti-competitive measures put in place by regulators, it isn't prepared to let its rivals captialise on their extended coverage. In June, it dealt a blow to BT's European football expansion with the launch of Sky Sports 5, a new channel dedicated to, you guessed it, European football. It'll cover the Euro 2016 qualifiers, Champions League (for this season at least), La Liga, Eredivisie, Coppa Italia and Copa Del Rey. However, it's the rebranding of another channel, Sky Sports News, that could have a bigger impact on the company's sports coverage this year. Aside from the name change, Sky's putting a lot of money and resources into revolutionising its sports reporting. Firstly, it's moved the Sky Sports News HQ up the electronic programme guide (EPG) from number 405 to 401, giving it prominence ahead of its six other Sky Sports channels. Inside the studio, the company has knocked through walls to double the size of its newsroom, offering more space to dedicated reporting crews, like those handling Sky's Formula 1 coverage, but also so it can host a huge 18 square-metre video wall that can display one big image or up to 12 separate 'screens' of content. Sky's new video wall is actually just one of 11 different positions that the Sky Sports team intend to present from. We saw a number of them (but not all) during our tour of the new studio, including a new station located just a few short paces away from the main news set called the Investigation Desk. This area features a small display that will serve breaking updates as they happen, similar to how @BBCBreaking and @BreakingNews push important announcements on Twitter, to show that Sky Sports News HQ is following a story from the minute it breaks.

During reports, presenters are encouraged to the leave the safety of their seats and move away to one of the new presenting positions. Karen Wilmington, head of output for Sky Sports News HQ, tells us that because viewers have become accustomed to the lights and cameras inside a newsroom, they can take advantage of new areas to help viewers, and also employees, become more involved. Involvement is a key theme in Sky's new focus, and social media will play a huge part in that. The Investigation Desk will show tweets from Sky Sports journalists in the field, or maybe a photo shared by a high-profile footballer ahead of a big money transfer, but they will all be collated, analysed and displayed with help from its social media desk.

From today, the cameras will also track presenters to an area of the studio dedicated to the social desk. Sky Sports researchers have access to at least eight screens pulling in feeds from Twitter, Facebook, Instagram, Vine and the Web, allowing Sky Sports News HQ anchors to add a bit of colour to reports with media shared in real time. "The other thing about Twitter, in 140 characters you only say what you want to say," notes Sky Sports News Executive Editor Andy Cairns. "What's not said is often as interesting or more interesting." To celebrate today's launch, Sky has overhauled its website, mobile and tablet apps, offering more content, increased functionality and new designs. The Football Score Centre app, Sky Sports' most popular, now includes a new video section, more detailed match statistics courtesy of Opta, previews, video clips and a wider variety of push notifications. While you were only able to receive match alerts for one team before, the updated app allows for up to four teams and individual matches. The Sky Sports iOS and Android apps have also been revamped and now feature breaking news alerts and access to user polls.

As Sky Sports News HQ takes its first tentative steps, it's plain to see that it's no longer just a newsroom. Viewers are not only consumers, they're now asked to interact with presenters and the wider team. With better channel placement and a commitment to engaging with the two million plus viewers, Sky hopes that Sky Sports News HQ will play a key role in fending off competition from BT Sport, especially when its rival takes more of its key sports coverage next year.

In this article: channel, football, hdpostcross, sky, sky sports, sky sports news hq, social, sport, tv, uk-feature
All products recommended by Engadget are selected by our editorial team, independent of our parent company. Some of our stories include affiliate links. If you buy something through one of these links, we may earn an affiliate commission.