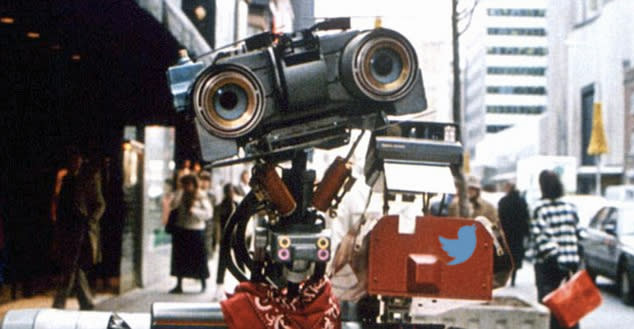 Twitter's said its active user base is growing, but not every account that's active is necessarily a flesh-and-blood human. Alongside those verified accounts of the stars, there are all kinds of bots that use the service to deliver completely stupid nonsense, sudden (urgent!) sale news and even earthquake reports -- well, some have their uses. Twitter's now disclosed some specific numbers, noting that bot accounts total up to 8.5 percent of its active user count at the end of June. That's roughly 23 million tweeters that aren't human - and probably aren't going to be clicking on that ad for Innovative Cloud Storage Solutions any time soon.

Update: Twitter reached out to Engadget and Quartz to clarify: this 8.5 percent are accounts that have "automatically contacted our servers for regular updates", which could also include our own Twitter feed. Twitter's SEC filing does go into particularly deep specifics on this, however.

In this article: activeusers, bot, bots, johnny5, twitter
All products recommended by Engadget are selected by our editorial team, independent of our parent company. Some of our stories include affiliate links. If you buy something through one of these links, we may earn an affiliate commission.