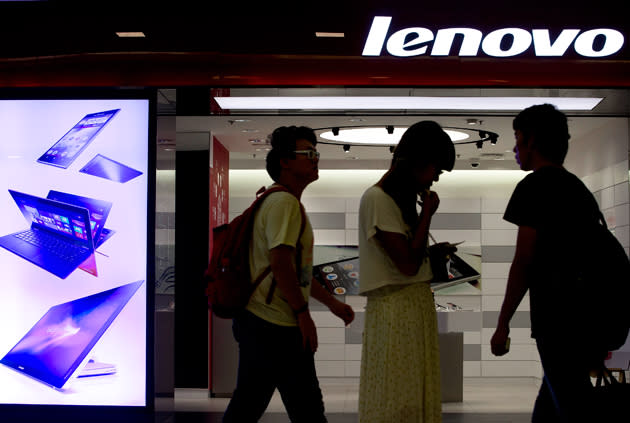 Lenovo has been rapidly expanding beyond its PC-focused roots for some time, and today it crossed another important milestone: it's now selling more smartphones than computers. The Chinese tech firm's handset shipments surged 39 percent year-over-year in the fiscal quarter that ended in June, reaching 15.8 million; in contrast, it "only" delivered 14.5 million PCs over the same period. Nearly all the phones (13 million) went to the company's homeland, where it's well-known for both its budget devices and high-end flagships like the recently-launched Vibe Z2. Lenovo's claim that it was the top Chinese phone maker during the quarter is up for dispute, however -- estimates suggest that Xiaomi was the top dog by a significant margin.

Other divisions aren't exactly hurting, either. Lenovo now has close to 20 percent of the worldwide computer market, and its tablet shipments grew a whopping 67 percent over the past year, to 2.3 million. That was enough to make Lenovo the third-largest tablet maker, behind Apple and Samsung. There's no telling whether or not its forays into wearables and other newer categories will prove as successful, but it's good to know that Motorola's future parent company is very healthy.

In this article: china, computer, earnings, laptop, lenovo, mobilepostcross, pc, q22014, smartphone, tablet
All products recommended by Engadget are selected by our editorial team, independent of our parent company. Some of our stories include affiliate links. If you buy something through one of these links, we may earn an affiliate commission.