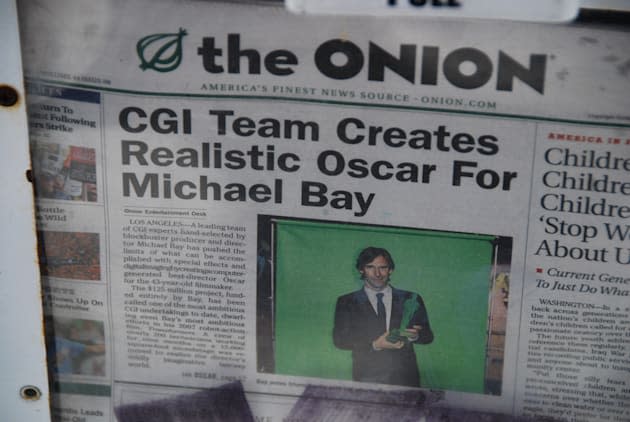 Sure, you're smart enough to know that "New Study Finds Humans Shouldn't Spend More Than 5 Consecutive Hours Together" is a headline from well-known satirical publication The Onion. But not everyone is, which could lead to some misdirected -- and embarrassing -- outrage. That could be a thing of the past, however, as Facebook is currently testing a "Satire" tag that'll distinguish fake news from the real deal. Ars Technica found that if you click through an Onion article, for example, Facebook would then automatically tag related articles with the aforementioned "satire" text in the headline (see screenshot after the break). A Facebook spokesperson confirmed this with the following statement:

"We are running a small test which shows the text '[Satire]' in front of links to satirical articles in the related articles unit in News Feed. This is because we received feedback that people wanted a clearer way to distinguish satirical articles from others in these units."

As Ars Technica notes, this doesn't seem to apply to all parody sites and is only for related article headlines so far. And, honestly, we're not sure if a "satire" tag is a great idea -- maybe you should be made fun of if you actually think stories like these are true. In the mean time, we're holding out hope for a "Check Snopes before posting" reminder instead. In this article: facebook, satire, theonion
All products recommended by Engadget are selected by our editorial team, independent of our parent company. Some of our stories include affiliate links. If you buy something through one of these links, we may earn an affiliate commission.