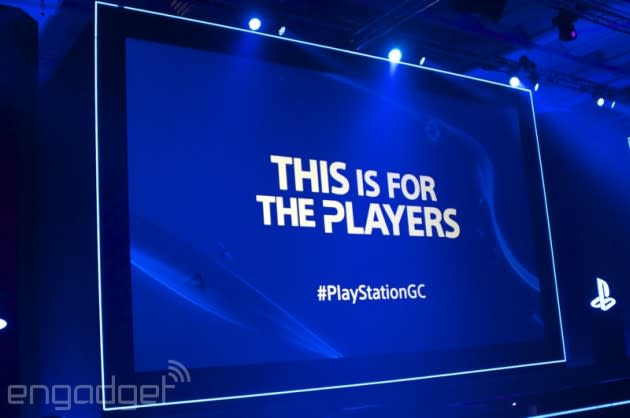 Okay, we know that the PlayStation 4's Share Play feature is coming, but how does letting a friend on an entirely different console (possibly around the globe) play one of your games work? A lot like how PS4's remote play with the PS Vita does, apparently. In an interview with Famitsu Weekly, Sony's head of Worldwide Studios Shuhei Yoshida said that game developers don't have to do anything special to enable the feature, and that barring a game requiring the PlayStation Camera, any title should be compatible. Once firmware 2.0 launches, all a friend has to do is send you a Share Play invite and voila you can start playing their copy of Destiny on your TV. If it sounds like we're living in the future, that's because we pretty much are.

Don't, however, go thinking that this is a loophole you can exploit to sidestep ever buying another game: Sony clarified to Kotaku that the guest's progress would not be saved to their account, but to the host's. It's going to be interesting seeing how the feature deals with lag and just what the image quality's going to look like once it launches. Given our hands-on time with Sony's PlayStation Now streaming service, though, we're cautiously optimistic.

In this article: gaming, hd, hdpostcross, PlayStation, ps4, shareplay, sony
All products recommended by Engadget are selected by our editorial team, independent of our parent company. Some of our stories include affiliate links. If you buy something through one of these links, we may earn an affiliate commission.