Pebble nabs the former interface designers for webOS and First Else

Emblaze Mobile's ex-CEO: First Else was eventually ready but the market had changed 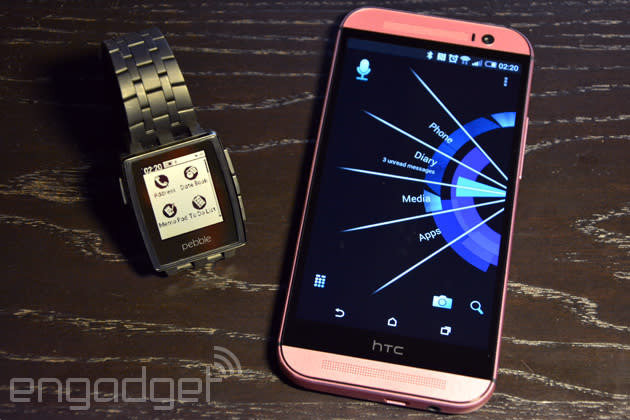 Here's some rather unusual news from Pebble: Former webOS designers Itai Vonshak and Liron Damir have left LG to join the wearable startup, which is a pretty big deal given their unique spin on UI design -- you'll want to check out what they did to LG's smart TVs before they left. In fact, if you recall the ill-fated First Else phone from late 2009, its Splay interface -- now available as a standalone launcher (pictured above) on Google Play -- was also the work of the Israeli duo. Vonshak is now in charge of Pebble's Product and UX team, whereas Damir is joining as the Head of Design; and for those who are interested, they're hiring!

In this article: firstelse, ItaiVonshak, lg, LironDamir, pebble, splay, ui, ux, webos
All products recommended by Engadget are selected by our editorial team, independent of our parent company. Some of our stories include affiliate links. If you buy something through one of these links, we may earn an affiliate commission.