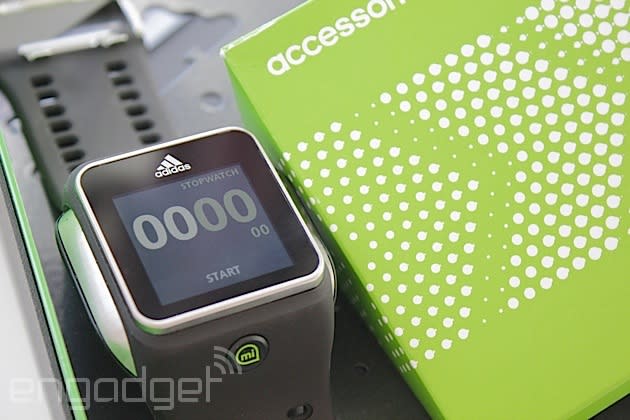 If it's not the lure of delicious new gadgets, it's stone cold bribery. Either way, the reasons to stay slumped on the couch are evaporating quicker than the sweat off a runner's head. Adidas looks set to slay some more, too, as we've learned the sports giant is opening up its miCoach fitness-logging platform to third-parties. The as-yet announced set of developer tools could see your miCoach workouts incorporated into a whole new range of new apps. Nike did something similar a fair while ago with its Nike+ platform, something that helped apps like Lose It and MapMyFitness make use of the all that hard-earned NikeFuel. But, if you're a three stripes kinda gal/guy, then the idea of miCoach spreading its wings to find its way into, say, a life-logging app, or wellbeing tracker is probably just as appealing. Of course, there's still some new compatible hardware on its way, if you're still craving a bit of (calorie free) self indulgence.

In this article: adidas, apps, fitness, micoach
All products recommended by Engadget are selected by our editorial team, independent of our parent company. Some of our stories include affiliate links. If you buy something through one of these links, we may earn an affiliate commission.