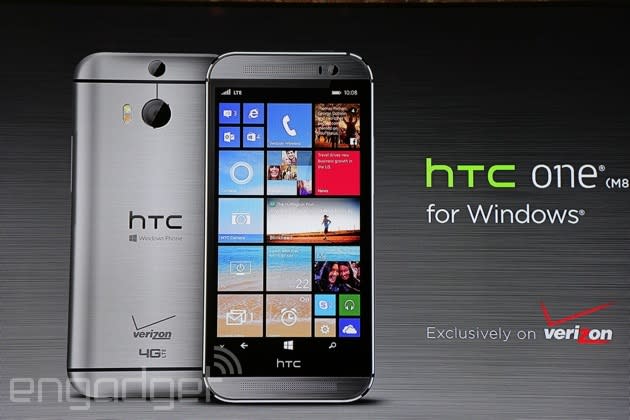 In case you've wondered what a flagship Android phone would look like if it ran Windows Phone, it looks like you'll get your chance to find out. This morning, HTC officially announced that the One M8 is getting a twin brother, complete with Microsoft's OS. Make that identical twin: The Windows Phone M8 has the same smooth aluminum shell, same rounded corners, same 5-inch, 1080p display. Same Dot View Case. It even has the same camera setup, as well as the same Snapdragon 801 chip on the inside. The main difference -- aside from the fact that it runs Windows Phone 8.1 -- is that it's exclusive to Verizon here in the US, where it will go on sale today at noon for $99 on-contract. (Ed. note: not bad!) On the software side, BlinkFeed is much subtler than on the Android M8 -- it's just an app here, making it much easier to ignore if you're not into it. We'll be back soon with a hands-on post, so sit tight. And if you've always wanted an M8 running Windows Phone, well, only an hour and 20 minutes until you can pull the trigger. 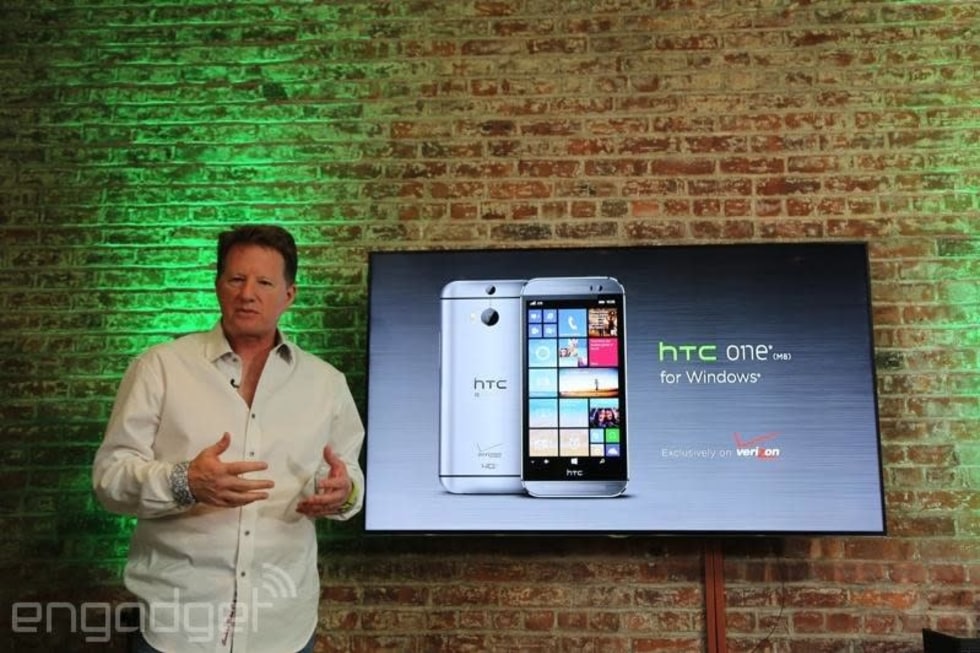 In this article: htc, mobilepostcross, verizon
All products recommended by Engadget are selected by our editorial team, independent of our parent company. Some of our stories include affiliate links. If you buy something through one of these links, we may earn an affiliate commission.