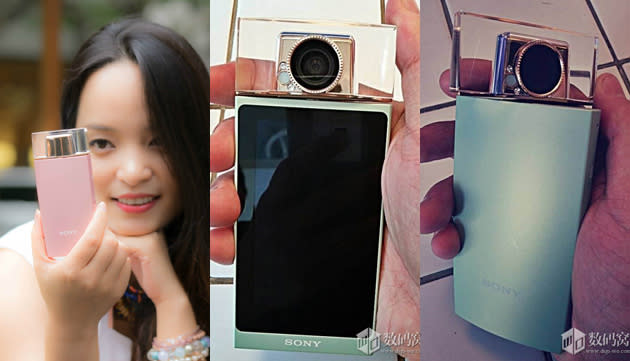 It's no secret that girls in China are obsessed with taking selfies, but there's also a local trend of slapping a Chanel perfume bottle case onto their phones. No, we don't understand, either. Nevertheless, Sony is seizing this opportunity by releasing a new Cyber-shot camera that not only looks like a perfume bottle, but its big lens -- encased in a clear brick with a gold accent -- can also be flipped around to suit your needs. While it seems that Sony's seeded this bizarre device to several Chinese female influencers and models, they're remaining tight-lipped about the specs, but all will be revealed in China on August 22nd. 11
In this article: camera, china, cyber-shot, leak, perfume, perfumebottle, selfie, sony, teaser
All products recommended by Engadget are selected by our editorial team, independent of our parent company. Some of our stories include affiliate links. If you buy something through one of these links, we may earn an affiliate commission.