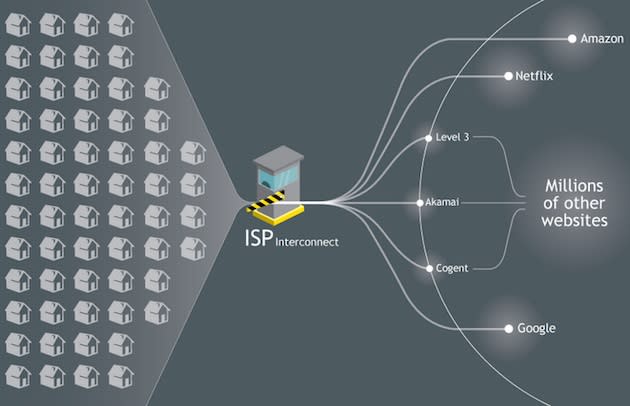 Comcast, then Verizon, AT&T and now Time Warner Cable. That's the list of ISPs that have less-than-politely declined Netflix's free OpenConnect setup, and instead decided they'll take a payment from the streaming service in exchange for connecting its network directly to theirs. Time Warner cable confirmed the deal to Gigaom, saying it was reached in June and implemented this month. Netflix CEO Reed Hastings just published an essay today in Wired as a part of its 'Save the Net" series railing against just this sort of pay-to-play system, which he's previously said undermines the possibility of strong net neutrality. The FCC has said it's looking into the deals and Hastings has mentioned that if the Comcast/TWC merger goes through, he hopes it comes with a condition blocking the combo from charging for interconnections.

In this article: hdpostcross, interconnection, netflix, peering, timewarnercable
All products recommended by Engadget are selected by our editorial team, independent of our parent company. Some of our stories include affiliate links. If you buy something through one of these links, we may earn an affiliate commission.