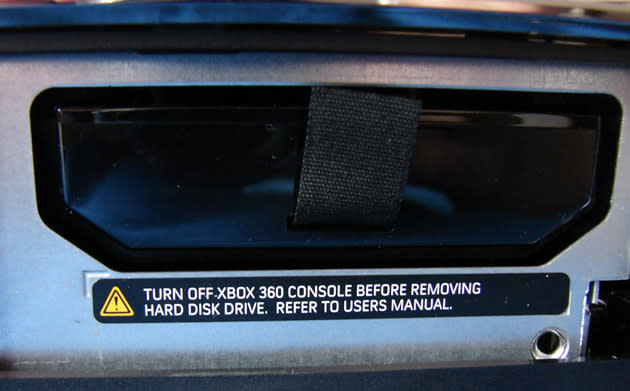 Been taking advantage of the Xbox 360's "Games with Gold" deal? You might be running out of hard drive space, and Microsoft knows it: it just updated the Xbox website with a teaser for a 500GB hard drive. At $110 it's still more expensive than PC storage, but it's oddly cheaper than the 320GB Xbox 360 HDD that's currently on the market. It's not clear if the new drive will serve as a replacement or if the price is merely a placeholder, but we'll never scoff at more storage space. Unfortunately, you can't order the new drive just yet -- the product page just says that pre-orders are "coming soon."

In this article: hdd, microsoft, xbox, xbox360, xboxhdd
All products recommended by Engadget are selected by our editorial team, independent of our parent company. Some of our stories include affiliate links. If you buy something through one of these links, we may earn an affiliate commission.