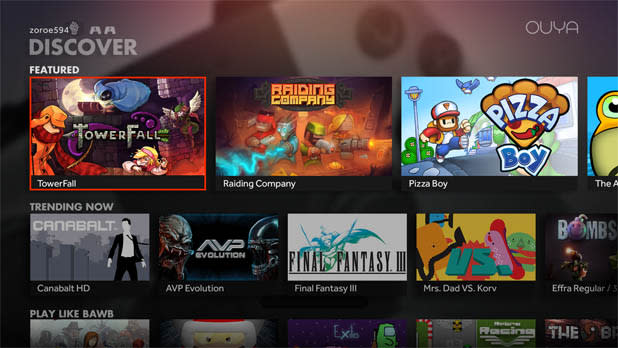 Now that everyone from Google to Amazon is getting into the Android gaming set-top box business, Ouya is going to have to get creative. It's already announced plans for "Ouya Everywhere" to extend its sizable library of 900+ TV and game controller-ready games to other platforms, and now the company tells Reuters it's working out a deal with China's Xiaomi. CEO Julie Uhrmann says the arrangement will see an Ouya channel added to devices like the Mi TV and MiBox, where users can shop for and download games, and with Xiaomi "likely" committing to marketing the games. On the backend, Xiaomi, Ouya and the game's developers split the money. The $99 console has gone through a number of changes (both hardware and software) since it arrived on the scene as a Kickstarter hit, now we'll see if Asia can help provide a second wind for the platform.

In this article: android, hdpostcross, mibox, mitv, ouya, ouyaeverywhere, xiaomi
All products recommended by Engadget are selected by our editorial team, independent of our parent company. Some of our stories include affiliate links. If you buy something through one of these links, we may earn an affiliate commission.