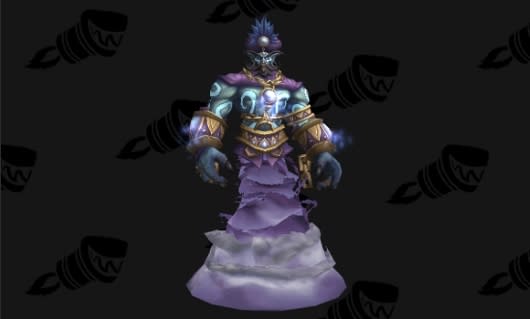 Apparently Blizzard is making good on its word to include the late Robin Williams in an upcoming World of Warcraft build, as players have found a character named Robin <The Entertainer> tucked away in the game files.

Datamining through Warlords of Draenor's files turned up three models for Robin, including a djinn (Disney's Aladdin), a human female with a man's voice (Mrs. Doubtfire), and a human male with suspenders (Mork). There are theories floating around that the djinn will morph into the other two characters while putting on a show for players, although we won't know for sure until the expansion releases this November.

On the day following Robin William's death, fans petitioned the Blizzard to include a tribute to the comedian as he had been an avid WoW player through the years. Blizzard responded by saying that it was "working on it."
In this article: activision, blizzard, blizzard-entertainment, datamining, fantasy, robin-the-entertainer, robin-williams, warcraft, warlords-of-draenor, world-of-warcraft, wow, wowhead
All products recommended by Engadget are selected by our editorial team, independent of our parent company. Some of our stories include affiliate links. If you buy something through one of these links, we may earn an affiliate commission.