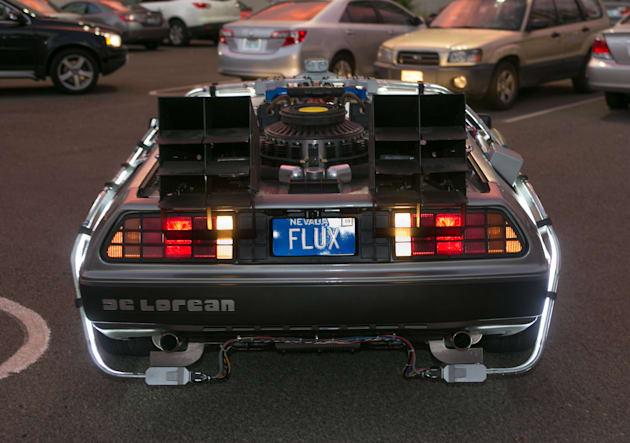 When it works, cloud streaming video games can feel like a magical experience. Think about it: some remote server is pushing high-quality gameplay directly to your TV -- through the internet! It's a crazy, impressive achievement, but it's still not ready for primetime. Cloud streamed games face latency and control delay issues far too often, and the easy solutions (moving servers nearby or increasing bandwidth) can be expensive. Microsoft proposes another fix: a system that predicts what the player is going to do before they do it. It's called DeLorean, and well, it's ambitious.

The technology hasn't been announced as part of a budding cloud gaming service, but Redmond is hard at work developing it all the same. A paper from Microsoft Research describes DeLorean a "speculative execution system for mobile cloud gaming that is able to mask up to 250ms of network latency" by sending a streaming client the results of the player's next action before it's made. Technically, the system sends multiple possible actions. Imagine a situation where a player could chose to make their character jump, attack or stand still -- Microsoft's system would render all of these possibilities and send them all to the player's game console early, which would simply choose the "correct" option after the player made their choice.

The team created demos using the technology using both Doom 3 and Fable 3, and found that players "overwhelmingly prefer DeLorean to traditional thin-client gaming." In other words, it had less of a noticeable delay then the methods employed by today's cloud-gaming setups. The predictive angle is a little creepy, but it could significantly reduce input lag for future generations of the technology, though it sounds like it will require quite a bit more processing power on both the server and client sides of the equation.

What about the DeLorean nickname? Well, Microsoft's project isn't exactly time travel, but it is predicting multiple future outcomes, which, could be interpreted as splits of alternate timelines. Not that we're geeky enough to think about the world that way. Not at all.

In this article: cloud, cloudstreaming, gaming, microsoft, xbox
All products recommended by Engadget are selected by our editorial team, independent of our parent company. Some of our stories include affiliate links. If you buy something through one of these links, we may earn an affiliate commission.