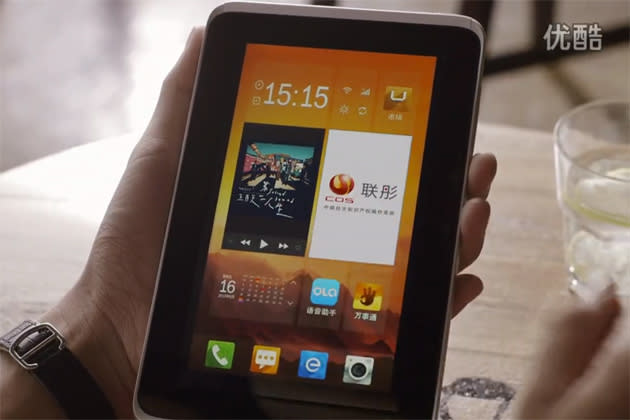 China's next try at a government-supported operating system may soon become a practical reality. The Chinese Academy of Engineering tells the People's Post that a desktop version of China Operating System (COS) should be ready by October, with mobile device support coming later. That's pretty quick considering that we first heard about the software in January, although there's a chance it could slip. Xinhua claims that the project is suffering from both a lack of funding and developers "pulling in different directions" -- not totally surprising if true, since it's the work of a public-private alliance that might not always share the same vision.

Still, the team is optimistic that its efforts will eventually bear fruit; it believes COS could replace existing desktop operating systems within two years, and their mobile counterparts within three to five. It may have a realistic shot at this when the Chinese government has lately been giving both Apple and Microsoft platforms the boot in response to fears about American surveillance. However, that could still be a daunting task in at least some situations. Right now, the Chinese smartphone market is dominated by Android devices, many of which come from local manufacturers like Xiaomi. There isn't exactly a rush to replace Google's platform with something brand new, no matter how well-made it might be.

In this article: china, chinaoperatingsystem, chinaos, cos, desktop, htc, laptop, software
All products recommended by Engadget are selected by our editorial team, independent of our parent company. Some of our stories include affiliate links. If you buy something through one of these links, we may earn an affiliate commission.