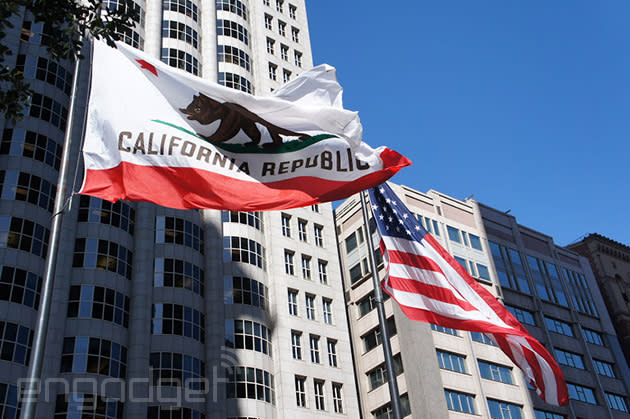 Well, it's official: following a drawn-out Senate voting process, California governor Jerry Brown has signed his state's smartphone kill switch bill into law. Companies wanting to sell handsets in the state now have to include a remote disabling option that lets you render a stolen device unusable. There are certain exceptions, primarily for incompatible older gear, but manufacturers face fines as high as $2,500 per phone if they don't follow the rules.

California isn't technically the first state to enact a kill switch measure; that honor belongs to Minnesota. However, the combination of a large population and an important role in the tech world will make this law tougher to ignore, since phone makers risk giving up a huge potential audience if they flout regulations. There isn't much danger of that happening when most major brands have already embraced the technology, but this should keep any stragglers in line. Is it a good idea? That's a tougher call -- while studies suggest that mandatory kill switches could save money by deterring crooks, there are concerns that the requirement could both hinder progress in anti-theft systems and complicate any phone launches. It's too late to back out, so we'll just have to see how this safeguard works in practice.