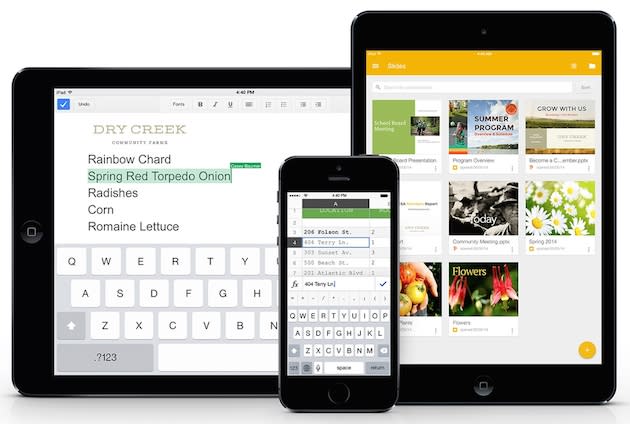 It took quite a while to get here, but Google has finally brought its Slides app to Apple's mobile platform. Roughly three months ago, the search company introduced standalone apps for creating/editing documents, spreadsheets and presentations, but Slides didn't arrive until weeks later, and only on Android. As of today, Google's application for PowerPoints presentations is now also available on iOS. Those of you who own an iPhone, iPad or iPod touch can use Slides to make, edit and view files, which shouldn't come as a new experience if you're already familiar with the Docs and Sheets apps. Speaking of which Docs and Sheets as well -- Google notes it's now easier than ever to work on projects from any of your devices, anywhere, thanks to enhanced saving and offline editing features.

In this article: Google, Google Slides, GoogleSlides, iOS, mobilepostcross, Slides, Slides app
All products recommended by Engadget are selected by our editorial team, independent of our parent company. Some of our stories include affiliate links. If you buy something through one of these links, we may earn an affiliate commission.