A closer look at Ralph Lauren's smart shirt for athletes 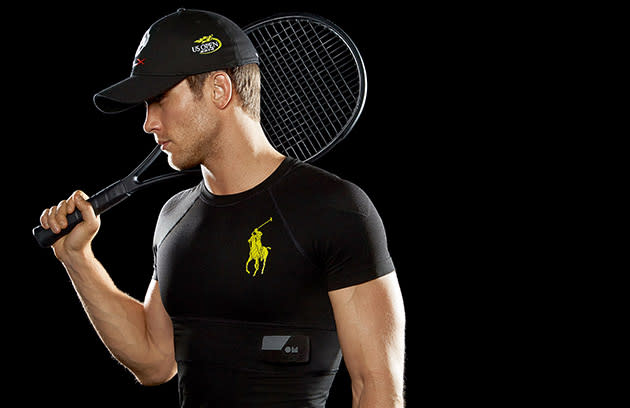 US Open ball boys will be sporting the latest in wearable tech starting this Monday, according to the NYT: Ralph Lauren's "Polo Tech" shirts. Of course, nearly everything the company makes is a "wearable," but these particular shirts contain conductive silver threads and other sensors designed to measure performance. The apparel maker said it wanted to do something different from the usual sports bands while eliminating the complexity: "You're just putting on a shirt." It'll still have the tech, though, measuring factors like your heart rate, breathing and movement, and relaying them to a smartphone or computer (though there's no word yet on exactly how). It won't be limited to athletic wear either, as Ralph Lauren plans to also launch sensor-equipped dress shirts later in the year. We're not sure what you'd do with those -- hanging out at the yacht club can't burn that many calories.

In this article: Polo, RalphLauren, Shirt
All products recommended by Engadget are selected by our editorial team, independent of our parent company. Some of our stories include affiliate links. If you buy something through one of these links, we may earn an affiliate commission.