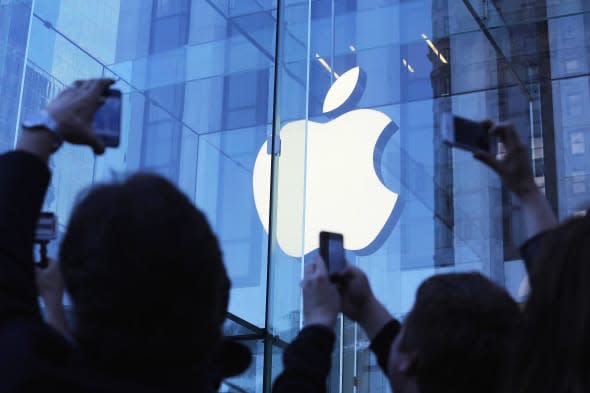 Let's be honest. There's something different in the air about Apple's upcoming media event, now officially confirmed for September 9. Before getting to what products might be announced, it's worth noting that this year's event will not be held at the Yerba Buena Center for the Arts or on Apple's Cupertino campus. Instead, throngs of select journalists and various media outlets will file into the Flint Center for the Performing Arts to witness, first hand, Apple's next big thing.

Now its entirely possible that the choice for the event space may be purely logistical -- the Flint Center holds more people than the Yerba Buena Center -- but note that two of Apple's most important product unveilings went down at the Flint Center; the 1984 introduction of the Mac at Apple's annual shareholders meeting and the 1997 introduction of the iMac. The former revolutionized the way we use computers while the latter emphatically signaled the beginning of a new and more focused Apple with Steve Jobs calling all the shots.

Having said that, perhaps the choice for this year's special event is not logistical in nature at all, but rather purposeful insofar as Apple has a few grand announcements that warrant a storied event space. Interestingly, keen-eyed Apple enthusiasts have noticed that the company has already starting putting up a "massive structure" on the Flint Center campus.

But enough about that, let's get to the meat and potatoes of it all -- new products.

It's widely believed at this point that Apple in just a few weeks will unveil two new iPhone models. On top of that, Re/Code reported yesterday that Apple will also use the occasion to introduce a new wearable device. Indeed, rumors of an Apple designed wearable device -- prematurely dubbed the "iWatch" -- have been picking up a whole lot of steam over the last 12-18 months. From notable hires to interesting trademark filings to a bevy of published patents, it stands to reason that Apple has something big to announce in that regard.

Also recall that Tim Cook during a 2013 interview with All Things D explained why the wrist as a spot for wearables is "interesting."

There are lots of gadgets in this space right now, but there's nothing great out there," Cook said. "But none of them are going to convnice a kid that hasn't worn glasses or a band to wear one. ... There are a lot of problems to solve in this space. ... It's ripe for exploration. I think there will be tons of companies playing in this space."

Will Apple be one of the companies doing the exploring? Said Cook, "I see [wearables] as a very key branch of the tree."

It's also worth mentioning, especially if you missed it the first time, a blurb from Apple executive Eddy Cue wherein he proclaimed that Apple's 2014 product pipeline is the best he's ever seen in his 25 years at Apple. That's a bold proclamation coming from a top tier executive like Cue, especially when one considers that Apple rarely if ever makes such grand pronouncements.

Further, Apple last quarter spent more on R&D than they've ever spent before -- $1.6 billion to be exact. All told, the amount represented about 4.2% of the company's net sales for the quarter, a fact not lost on analyst Walter Piecyk who tweeted out that Apple's quarterly R&D expenditure as a percentage of net sales last topped 4% ahead of the iPhone launch in 2007.

$AAPL R&D was over 4% of revenue. It hasn't been that high since 2006, before the first iPhone launched.

All told, larger screened iPhones may very well prove to be a small part of the story come September 9.

And in case all of that hasn't gotten you amped up for whatever tricks Apple has up its sleeve, the following tweet from Jim Dalrymple of The Loop should do the trick.

Holy shit people, hang on to your hats, this is going to be a wild ride.

In this article: analysis, apple media event, iphone, iWatch
All products recommended by Engadget are selected by our editorial team, independent of our parent company. Some of our stories include affiliate links. If you buy something through one of these links, we may earn an affiliate commission.