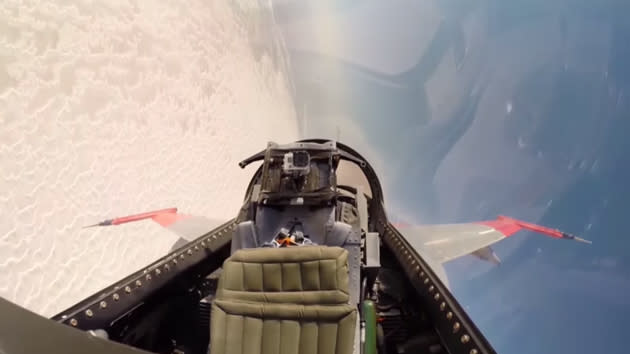 Existing drone aircraft are useful for many things, but they make for lousy target practice when you're testing missiles; they're rarely as maneuverable as modern fighter jets. Boeing and one of its customers have just shown that there's a better way, however, by firing a surface-to-air missile at a remote-controlled QF-16. As you'll see in the video below, the unmanned aircraft is much nimbler than either a purpose-built vehicle or an aging conversion like the QF-4, and gives weapons a real workout. It even managed to dodge the projectile, although you can't really say that the shooters missed. The missile was tuned to avoid hitting its target -- sensors on both the missile and QF-16 confirmed that the weapon was on track without having to blow up expensive equipment. It'll be a while longer before the airplane is regularly serving as an aerial punching bag, but this test proves that it's up to the job.

In this article: boeing, drone, falcon, missile, qf-16, remotecontrol, remotecontrolled, robot, uav, video, wargadget
All products recommended by Engadget are selected by our editorial team, independent of our parent company. Some of our stories include affiliate links. If you buy something through one of these links, we may earn an affiliate commission.