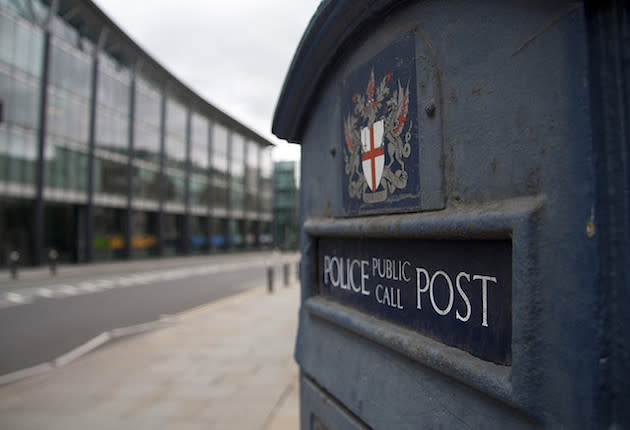 When a piracy site is targeted by authorities, the owner's usual trick is to move the website to another domain (and sometimes hosting provider) to re-establish access for users. The Pirate Bay is probably the biggest example of this, which has spent years avoiding internet blocks by leading police on a virtual game of Cat and Mouse. The City of London Police previously attempted to put a spanner in the works by hijacking ads to restrict their cash flow, but it's now turning its focus to the suppliers of those all-important internet addresses in its bid to limit piracy in the UK.

After requesting that sellers suspend the domains of numerous "illegal" sites late last year, which for the most part went ignored, the force's Intellectual Property Crime Unit (PIPCU) has begun issuing a "notice of criminality" to some domain sellers. One company, EasyDNS Technologies, was asked to consider its "ongoing business relationship" with an owner or purchaser of an piracy-related domain in order to avoid "future accusations of knowingly facilitating the movement of criminal funds." EasyDNS believes the letter is designed to serve as a formal warning, suggesting that if the company acknowledges receipt of the letter but chooses to ignore it, it could then be implicated in a future case. However, without a court order, the registrar believes the City of London Police is treating file-sharing domains like they're guilty until proven innocent, so it'll only heed PIPCU's advice once it's got the full backing of the law.

In this article: bittorrent, city of london, domains, pipcu, piracy, police, registrar, uk-feature
All products recommended by Engadget are selected by our editorial team, independent of our parent company. Some of our stories include affiliate links. If you buy something through one of these links, we may earn an affiliate commission.